Over time our Queens and Studs will leave us. Many of the Queens will be retired and go to new homes to give their new owners the love and affection that they have given us.

This last year has seen quite a change as we lost Pablo and Buster just before Christmas as well as Snickers in the middle of the year. All three studs have served us well over the the 17 to 20 years that they have been with us. We have kept male offspring of both Pablo and Buster. More on each of their offspring later in our studs section.

The first of our studs to leave us was Tommy. We got Tommmy at about six, seven or maybe even eight years of age. Tommy was with us for 13 years. He was our first stud male and right up until the very end of his life he was still fathering kittens. TJ is one of his progeny and we are most fortunate that we were able to retain him as a stud to carry on his fathers legacy. Tommy left us just over eighteen months ago. He has been laid to rest in one of our rose gardens. We miss him greatly. 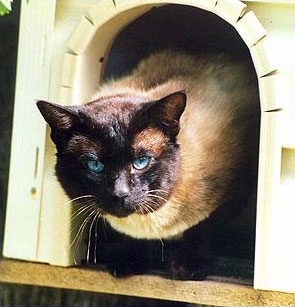 Scooter our Apricot Cream Burmese left us on the 6th of July. He was 16 yerars of age and has given us so much love and affection in all of this time. He was a real rascal as a kitten and towards the end of his time with us he was always looking for a knee or lap to settle on. We miss him and will always remember him with the greatest of affection. Like Tommy, Scooter, is buried in our front rose garden. 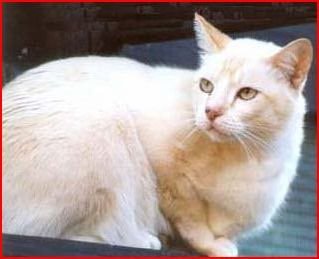 Rusty our Cinnamon Abyssinian left us on the 21st of January.  Rusty had just turned 18 years of age and in the time that he was with us he gave us hours of love and affection. Rusty was a great mate of Scooter and of Tessie our OSS who is shown on the front page of the site. At the last renal failure took him from us. He is buried in the fron rose garden alongside Scooter. 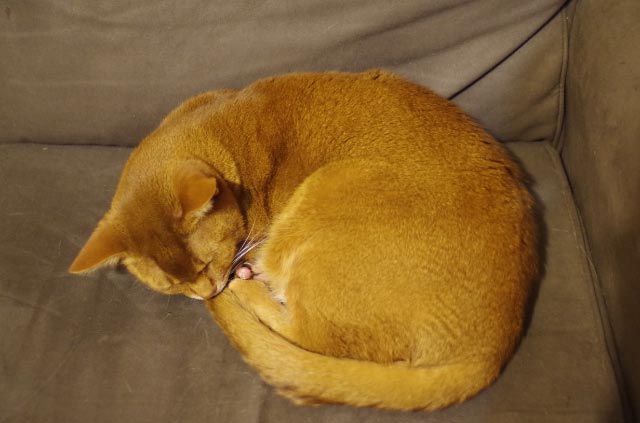 In early to mid March our cover girl Tessie finally went to sleep for the last time. After 20 long and evetful years wth us it was time to say goodbye. She spent the last few years on our setee where she slept with all of our other cats as well as the kittens that were here at the time. She is now resting in our front rose garden.  When I find her photo I will place it below this. I do not feel like looking just at the moment.

As with all of our feline friends both Snickers and TJ were very much a large part of our lives. Sadly we lost both of them during this last year. They also are buried in one of our Rose gardens.

We have 23 guests and no members online